The selection policy for the state team crews for 2021 is available here.

Rowing SA would like to thank the 2021 Selectors for the work they’ve done in collaboration with the administration. The following crews will race on the Saturday, the 29th of May in the Interstate events. 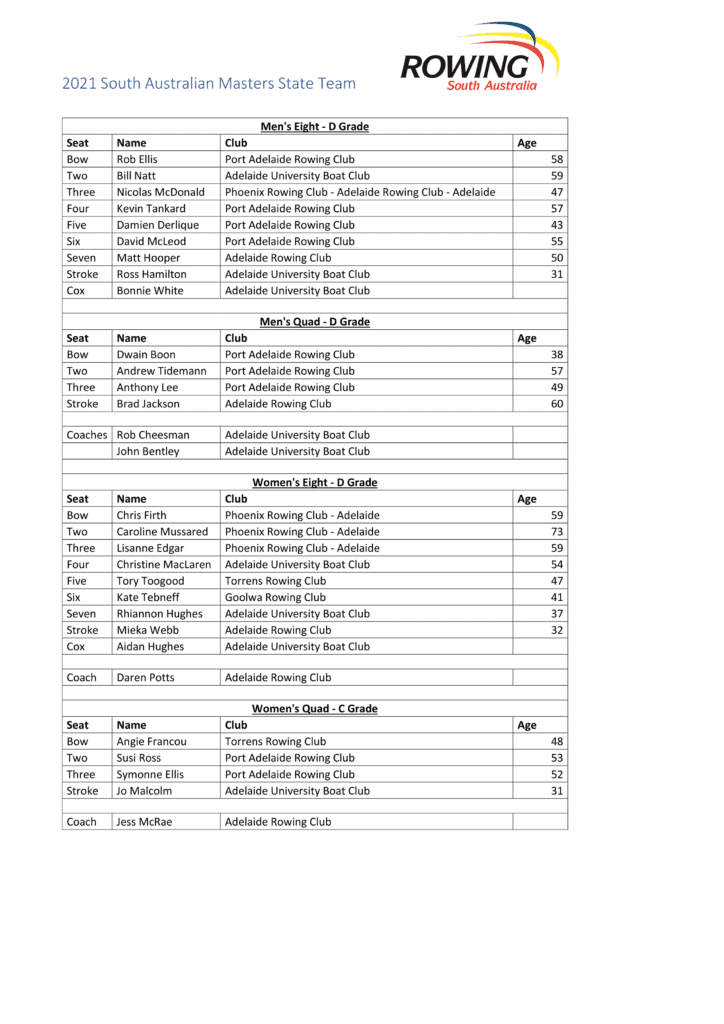