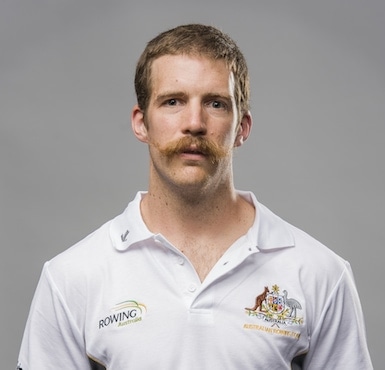 Christopher Morgan started rowing in 2003 whilst in his third year of university. He entered a competition where the fastest time on the ergo won a carton of beer. Not only did he win the beer but he was asked to join the Adelaide University Boat Club and made a rapid rise in the sport. At the age of 25, he made the 2008 Beijing Olympic team and competed in the men’s quad sculls. After breaking the world record in the heats, the Aussies finished in fourth place in the final.

In 2010, Morgan became World Champion in the coxed pair before backing up the following year to win the 2011 World Championship in the quad sculls with Daniel Noonan Karsten Forsterling and James McRae. The four went on to compete together in London at the 2012 Olympic Games. In the Olympic final, they were sitting in fourth at half way until they surged home to claim the bronze medal.

When he is not rowing, Morgan is computer programming and mountain biking.