“WORKING in shipping at Port Adelaide was short term for Graham Coldwell, but his love of water persisted.

Sailing in the port, his siblings encouraged him to change sport to rowing, where he eventually captained the Port Adelaide Rowing Club.

A sea change was forced upon him when his new career of teaching led him to Renmark, where he continued his involvement in rowing.

Mr Coldwell is being honoured with a Medal of the Order of Australia (OAM) today for his services to rowing in South Australia. “I’m proud, very much so,” he said. “I’ve got a lot to thank my family for, especially my wife. They talk about ‘rowing widows’, and my three boys were supportive.”

Mr Coldwell, 80, was a rowing coach at school, club and state levels for more than 50 years from 1956 and served on the general and executive committees of the South Australian Rowing Association 1950-86.

He was made a life member of Rowing South Australia in 1978.

Mr Coldwell also helped to design and build the Kings College boathouse on the Torrens River.”

Thanks to Australian Rowing History, Andrew Guerin for the history below.

A leading rower, coach and administrator of the sport. He was awarded an Order of Australia Medal for his services to the sport.

Graham has been a superlative mentor to school rowers.

Graham was appointed by the Kings College Headmaster Rev RA Cook in 1958 to develop for the school a vibrant rowing program from scratch.

He had a very strong affinity with the school, the rowers and its rowing program.

Graham has been a superlative mentor to school rowers.

Under Graham’s leadership the school, notwithstanding its small numbers, was very successful winning the Head of the River on three occasions (also one second), State Championships and a National Schoolboys Eights Championship.

Under Graham, by focussing on coaching at all levels, the school won many of the other under age events at the Head of the River. In fact in 1970 they won all underage events.

Graham was instrumental in the school building the schools boathouse on Torrens Lake and was integral in its forward thinking design.

1966 – Kings win the SA Head of the River Schoolboy Eights

1967 – Kings win the SA Head of the River Schoolboy Eights

1970 – Kings wins all the under age school fours races 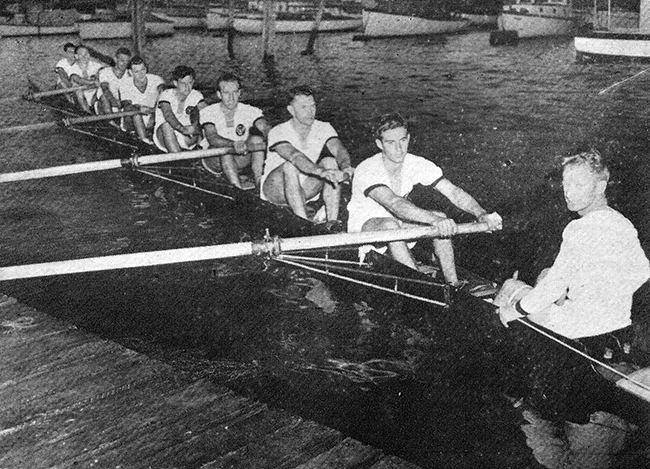 Graham served on the General and Executive Committees of South Australian Rowing Association, 1950-1986.

Founding member of the Resting Rowers Consortium which raises funds initially for the development of West Lakes Aquatic Centre and also SA Rowing.

A leading rowing coach at school, club and state level, from 1956, including a period of 50 consecutive years.

Graham recently reflected on his 70 plus years of being involved with rowing in correspondence with Colin Smith with the following words:

Rowing has been an important part of my life and I have always striven to use that experience to help others especially those who benefit from the team spirit, social interaction and life lasting friendships especially in schools. If what I have done in this way has been achieved then I will die as a satisfied man. I use you as one of my favourite examples in all the good things I value about the sport.

Andrew Guerin, and considerably updated by Colin Smith in May 2022 with much additional information.
January 2021

For those who can’t attend, the link for the “Livestream” video of the Funeral Service will become active at 9.45am, Monday 5th December, and the recording will be available later.